A safe motorway through fibre optics 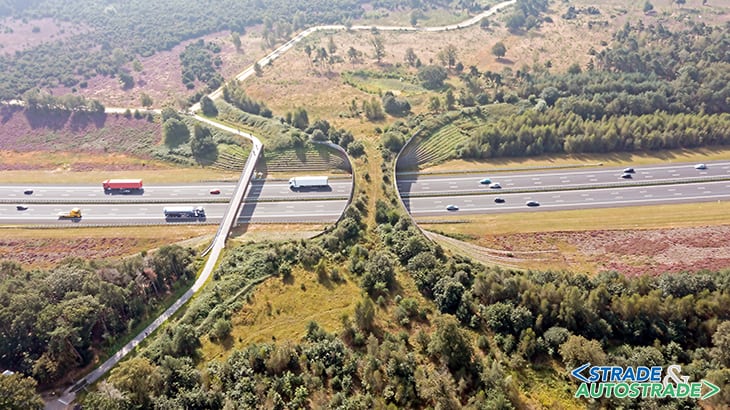 A patented system which guarantees increased safety and longevity in specific interventions on the european motorway network.

Over two and a half billion Euros a year: that is how much car manufacturers spend, according to research by the Center for Automotive Research, on ensuring the safety of the models they put on the market.

A gigantic figure to which must be added the costs incurred for accident prevention by road and motorway network managers, as well as the costs of maintenance and above all the intolerable cost of human lives when safety, for any number of reasons, fails.

To act afterwards, as the Morandi bridge shows, is more painful and costly in all respects and is an approach that is no longer sustainable today. The first line of defence for drivers and those working with the highway network should be, above all, prevention.

The predictive analysis of structures such as bridges and tunnels, which would make it possible to prevent both environmental disasters, such as collapses and fires, and anomalies related to wear and tear or overuse of the structures themselves, should become an integral part of any monitoring system and a binding condition in the Calls for Tenders.

This is common sense and is confirmed by those who have direct experience in the field of monitoring on a daily basis. 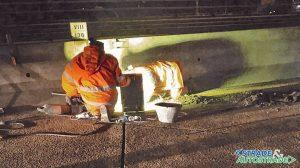 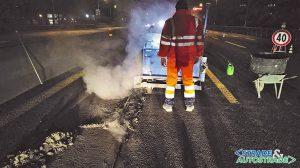 This is the case with NTSG Italia, a company engaged in the research and development of technologically advanced solutions linked to the use of fibre optic networks and sensors (https://www.ntsgen.com/en/).

“A case that comes to mind is that of the extension of Milan’s M1 Line, whose excavation intersects the A4 motorway road” – says Giulio Pini, Sales Manager of NTSG Italy.

“We are talking about an extremely high traffic volume motorway section, with a large proportion of heavy vehicles, connecting the Lombardy capital with highly industrialised areas such as Turin, the port for Trieste and Venice, and leading to the countries of Eastern Europe.

The company in charge of the excavation turned to us because Autostrade had asked us to monitor any subsidence of the road surface, whether longitudinal or transverse, so that we could take rapid action”.

The system is capable of carrying out thousands of readings per second, transmitting them in real time to the data processing centre. Archived and categorised, the information is immediately accessible and searchable by the client’s technical staff using any device connected to NTSG Italia’s IoT platform. 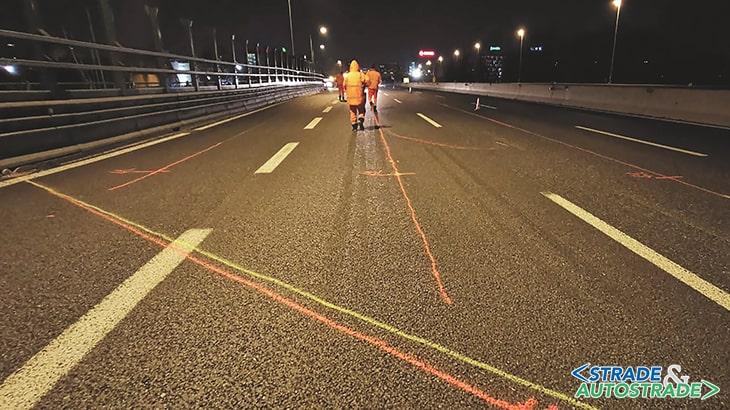 “Our patented fibre optic system – continues the Project Manager Jacopo Giorgetti – can also distinguish the road surface temporarily sinking due to the simple transit or queuing of vehicles and heavy goods, from the phenomena caused by tunnel excavation works, in order to provide the customer with clear and direct information on the situation”.

The monitoring activity will last one year and will record more than eight billion pieces of information. The customer therefore has been able to rely on a safe, stable system that cannot be influenced by external factors.

“The greatest challenge – concludes Giulio Pini of NTSG Italia – was to be able to guarantee not only security, but also continuity of traffic movement during the installation of such a complex system.

To do this, we used state-of-the-art micro trenching machinery and ultra-fast setting materials compatible with our optical sensors”. Thanks to the help of Palandri e Belli Srl, we thus built a network of 280 sensors, buried in the road surface, that extended for 110 m, for each of the eight lanes that make up that section of the motorway’.

It is worth noting that this motorway attracts thousands of cars, hundreds of heavy goods vehicles and an exceptional traffic flow where, unfortunately, long traffic jams are often guaranteed.

go to the original article of STRADE&AUTOSTRADE

BLS and Stadler sign contract for the acquisition of 52 new trains.

Development of a Road Database of Montenegro – Kick off meeting.

Spea Engineering in Podgorica, Montenegro for the Kick-off meeting of the project Development of a Road Database of Montenegro

ACCIONA has won a significant contract to build the new Cebu-Cordova bridge in the Philippines, marking the company’s second

Made by FC Work Group